December is well and truly here! And in the land of Youtube, December often comes with Vlogmas~ For those who don’t know what is Vlogmas, it was a concept invented by Ingrid Nilsen, one of the OGs beauty gurus from Youtube where you vlog every single day from the start of December till Christmas.

Like many I thought this was an amazing idea, vlogging can be so much fun but is also incredibly draining. So to have a strict timeframe where I have permission to vlog every day, but know there is an end in sight sounded perfect. However I didn’t want to just stop vlogging on Christmas, I wanted to vlog throughout the entire month. After all December is a special time of year for most, it’s festive, most people are on holiday, fireworks, and add on top of that my own birthday along with many others, and it really was the perfect month for me to go all out.

So instead of calling it Vlogmas, I called my version “Once Upon a December”. It felt just perfect, leaning into the whole fantasy and fables genre I love so much, and it is still one of my favourite songs from the movie Anastasia.

For a little while I wasn’t sure where ONCE/OUAD should live, it started on my vlog channel, migrated for a year or two to my main channel, but then I decided nope. It’s vlogging, it should just stay on my vlog channel so I can keep the content on my main channel consistent. I love categorising and labeling things, so it just makes sense that if I want to cover multiple topics, I have multiple channels.

Once Upon a December 2019 is currently in full force! You can head on over to the channel to watch, I have the latest videos linked in the side bar too~ 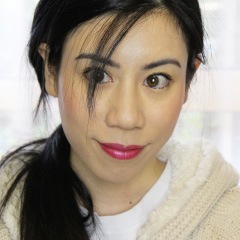 My name is Celina, I’m the creator behind this blog which is basically just a slew of rambles. I don’t recommend it.